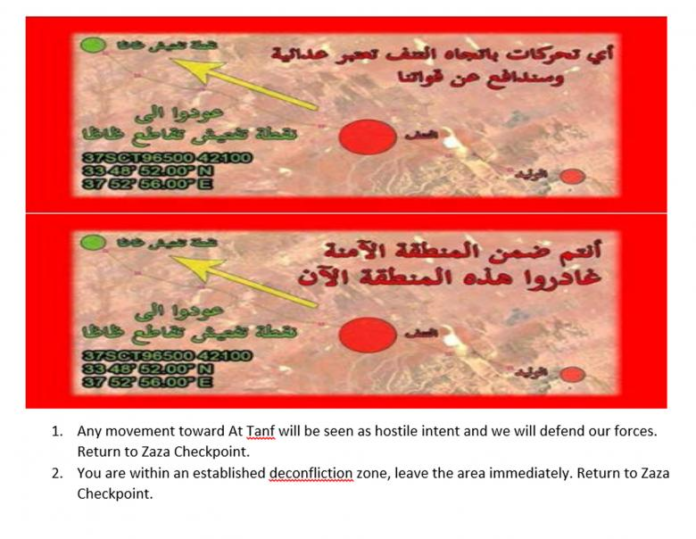 US planes Friday dropped 90,000 leaflets in southern Syria warning Iran-backed Syrian army and Hizballah fighters that any “movement toward the Al Tanf garrison will be seen as hostile intent and we will defend our forces.” One leaflet said: “You are within an established de-confliction zone, leave immediately.”

The Al Tanf crossing that commands the Syrian-Iraqi-Jordanian border triangle is held by US, British and Jordanian Special Forces and the US-trained rebel Syrian SDF.