An expanded Supreme Court panel of seven judges ruled Tuesday that the military draft law which exempts haredim (ultra-religious) yeshiva youths from compulsory service is unconstitutional and discriminatory and must be struck from the law books.
The current Knesset extended the exemptions to 2023 under the law which lapses this year. The decision was taken by majority vote with one dissenter, Justice Noam Solberg.  MK Yair Lapid, whose Future party campaigned against the automatic exemption of yehiva seminarists from military service, has called a press conference to respond to the court’s ruling. The Haredi community is up in arms.

Are Netanyahu’s Threats of War on Iran Serious? And Why a “Regional Conflict?” 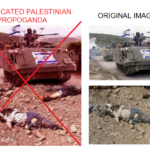