Republican Senator Lindsey Graham said Congress was ready to "flex its muscles" if FBI Director James Comey did not answer questions by Wednesday about alleged Russian ties to the Trump campaign, or provide evidence of the president’s charge of wiretapping at Trump Tower. Graham told TV interviews Wednesday that he was prepared to issue subpoenas to extract the information. Additionally, Charles Grassley, the chairman of the Senate Judiciary Committee, threatens to hold up Trump's nominee for deputy attorney general, Rod J. Rosenstein, until Comey briefs the panel about alleged Russian ties to Trump.

IDF Cyber Security Officer: Our networks not hacked so far 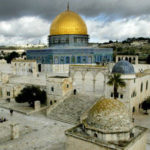 News admin - November 13, 2017
0
Maj. Gen. Hertzi Halevi is transferred from Intelligence to head the Southern Command in a new round of IDF appointmentsהפוסט Reshuffle in top IDF...